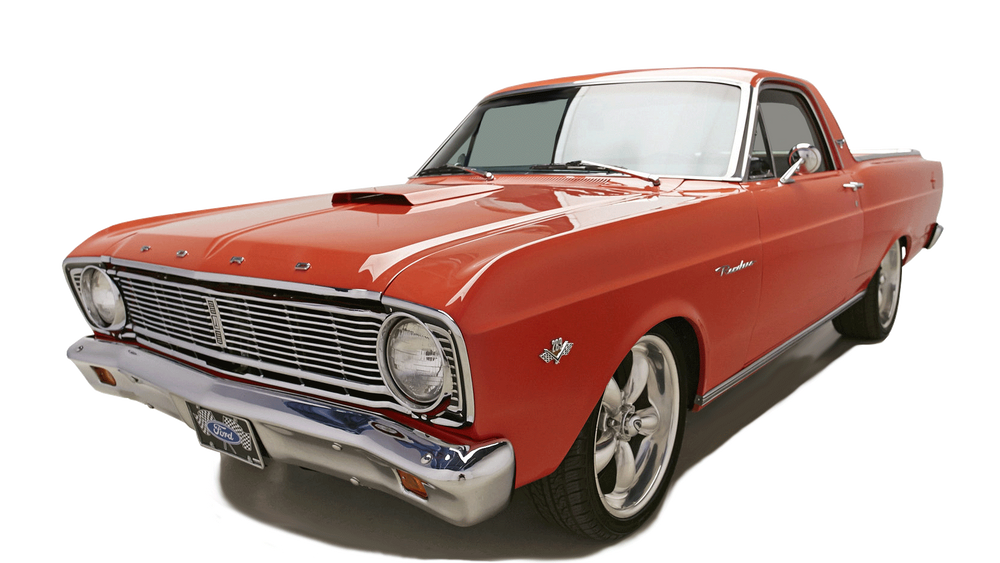 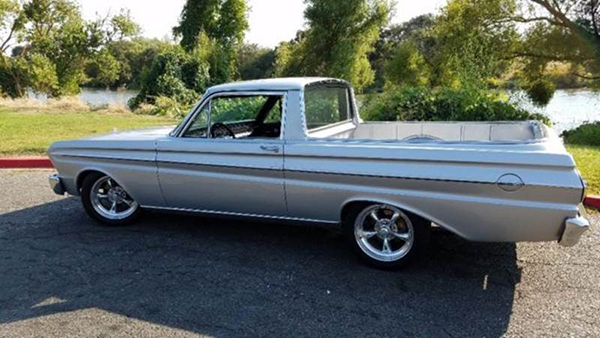 From 1960 through 1966 the Ranchero followed the Falcon body style design and now became the compact Ranchero pickup. The early Falcon Rancheros were a great economy hauler which boasted 30 miles per gallon from the 144 cubic inch six cylinder and able to haul an 800 pound load capacity. These trucks made good sense for the ranch or around town.

In 1963 the Ranchero was equipped (optional) with a 260 V8 engine. This new Ranchero had great styling following its father Falcon. Now also available with factory 4 speed manual transmission, buckets seats, and deluxe trim option, this was a truck to have.

The 1964/1965 Ranchero changed Falcon design again and also featured all the performance upgrades as the Falcon car. In 1965 the V8 option was now available in the 289 cubic inch version. Also available on deluxe Rancheros was the very rare two tone paint scheme. These Rancheros used the 1964 style double strip body side molding with the rear quarter panel chevrons.

The 1966 Ranchero was somewhat of a unique vehicle in that its body style was only used for one year and followed the 1966 Falcon body lines. There were various changes throughout the production run. A buyer could equip a 1966 Ranchero with a 289-4v engine. It was a very nice looking truck with plenty of power.